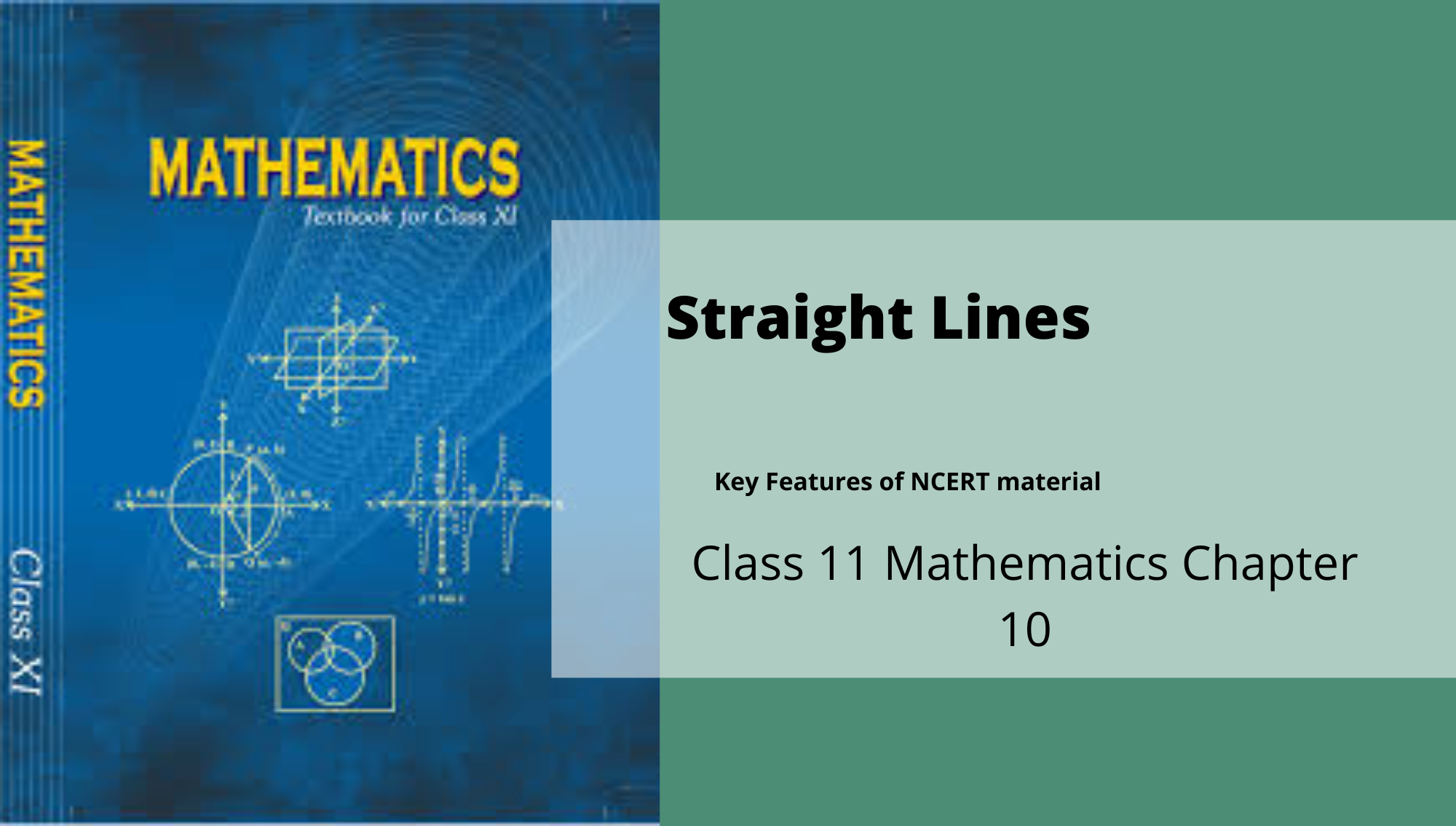 In the last chapter 9, you learned about Sequence and Series. In this chapter: Straight Lines, you all will learn about Straight Lines and how to use it.

Any curve is said to be a straight line if two points are taken on the curve such that every point on the line segment joining any two points on it lies on the curve. General equation of a line is ax + by + c = 0.

Slope or Gradient of Line

The inclination of angle θ to a line with a positive direction of X-axis in the anti-clockwise direction, the tangent of angle θ is said to be slope or gradient of the line and is denoted by m.

Various Forms of the Equation of a Line

If a line is at a distance k and parallel to X-axis, then the equation of the line is y = ± k.

If a line is parallel to Y-axis at a distance c from Y-axis, then its equation is x = ± c.

Slope-intercept form: The equation of line with slope m and making an intercept c on the y-axis, is y = mx + c.

Two points form: The equation of a line passing through the points (x1, y1) and (x2, y2) is given by

The Intercept form: The equation of a line which cuts off intercepts a and b respectively on the x and y-axes is given by

The normal form: The equation of a straight line upon which the length of the perpendicular from the origin is p and angle made by this perpendicular to the x-axis is α, is given by x cos α + y sin α = p.

General Equation of a Line

Any equation of the form Ax + By + C = 0, where A and B are simultaneously not zero is called the general equation of a line.

Note: Proper choice of signs to be made so that p should be always positive.

Position of Points is Relative to a Given Line

Condition of concurrency for three given lines

Point of intersection of two lines

Distance of a Point from a Line