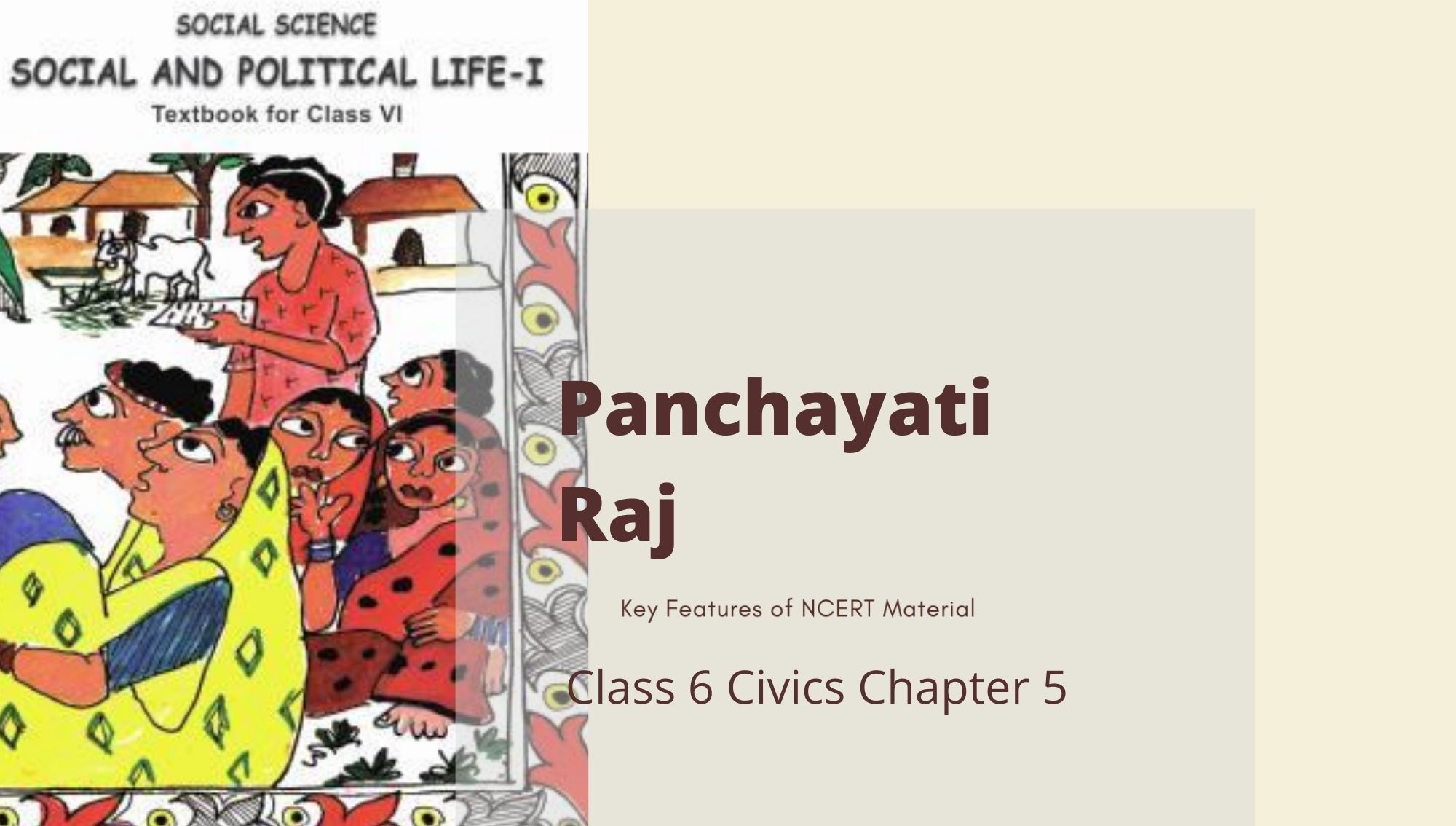 In the previous chapter 4: Key Elements Of A Democratic Government, We studied that democracy is a rule by the people of the country. So, people themselves run the country by participating in the making of these rules.  What is Panchayati Raj? How do systems in villages work? Here, you will learn all this and more from Class 6 Civics Chapter 5 “Panchayati Raj” from the book “Social and Political Life”. A meeting of all adults who live within the same region in the area of a Panchayat is called Gram Sabha. Subsequently, it covers an area of one village or at times, altogether a few villages. Someone who is 18 years old or older and holds the right to vote can be a member of the Gram Sabha. So, the meeting starts with the Panchayat President (Sarpanch) and the other members (the Panchs) expressing their thoughts, opinions, and plans.

In every village, separation of panchayat is into wards in smaller areas. In each ward, they choose a  representative who is the Ward Member (Panch).  The Gram Sabha is a prominent body of the Panchayati Raj System. Consequently, it is accountable for strategizing the growth of the village and ensures the basic amenities of village people. The Gram Panchayat generates its fund by collecting taxes on houses, market places, government scheme funds, and donations, etc.

In the Gram Sabha, all the work of the Gram Panchayat is for the people. The Gram Sabha blocks or prevents the Gram Panchayat from taking false actions like corruption or misusing cash or biases in decisions. Moreover, It ensures to retain and record actions on the elected representatives and makes them responsible for their actions.

Over the Panchayat Samiti is the District Panchayat or the Zila Parishad that really makes formative arrangements at the regional level. With the assistance of Panchayat Samitis directs the funds dissemination among all the Gram Panchayats. Each state in the nation has its own laws as to Panchayats. The thought is to give increasingly more space for individuals to take an interest and speak loudly. As we saw that panchayat framework fills in as different Ward Sabha or Gram Sabha. However, this Gram Sabha is going by the Gaon Panchayat at the town level and cares for the town level duties.

For instance, let say if the district is having 10 towns and each one of those 10 towns is taken care of by the Block Development Officer who is accountable for all these 10 towns and all these 10-gram panchayats are responsible to the Panchayat Samiti.

In light of the Indian Constitution, this panchayat has its own laws. The fundamental thought is to give increasingly more space for individuals to partake and speak more loudly in the towns to acquire advancement in the nation.

Ans: Main elements of the Gram Panchayat are:

Q2. Name the three degrees of the Panchayat.

Ans: The three levels are:

Gram Panchayat at the town level